Latest News from the ACC

Your financial support of a local Chamber of Commerce ensures a resource of information and services for the business region that it serves. By supporting the Alberta Chambers of Commerce, you are supporting all the business communities in Alberta.

Of the government costs that research respondents identified as barriers rather than benefits to their success, insurance premiums tax (69 per cent), small business tax (58 per cent), corporate income tax (57 per cent), and municipal franchise fees (54 per cent) top the list. 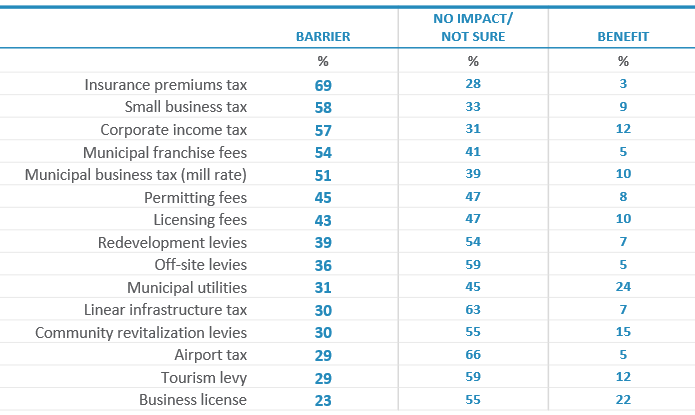 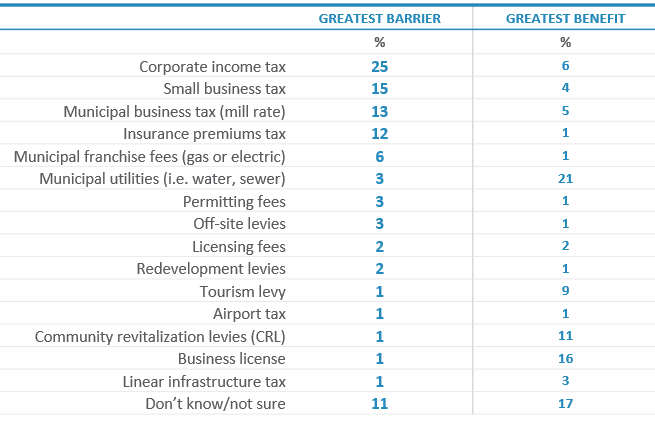 "These data clearly illustrate the combined impacts that municipal and provincial costs have on Alberta businesses," says Ken Kobly, Alberta Chambers of Commerce President and CEO. "At a time when Alberta job creators are facing increasing threats to their competitiveness, it's especially important to look at the layered costs on business rather than focusing on a single policy or a single order of government. With rising unemployment throughout the province, it's vital government officials at all orders consider the cumulative impacts of their policies and the implications for job creation and economic growth."
These findings are part of the Alberta Perspectives market research program—a multi-phase market research initiative conduced by the Strategic Counsel on behalf of the Alberta Chambers of Commerce. Survey two of the program garnered 1,028 business responses between October and November 2019.
The final market research report is available here .

The Alberta Chambers of Commerce released its recommendations for the 2020 provincial budget today. The recommendations—which were sent to Finance Minister Travis Toews—focus on strengthening Alberta's fiscal competitiveness through accountable government.

The recommendations are supported by data recently collected through the Alberta Perspectives market research program, which show business confidence at both the municipal and provincial levels is suffering. More information on these findings is available here.

The ACC recently hosted our 18th annual Fall Board Meeting and Deputy Ministers' Dinner. This year's event featured record attendance, including 23 chambers of commerce and 26 senior public servants who generously shared their time and knowledge over dinner. Thank you to all who attended for your engagement! 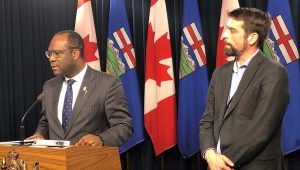 The Alberta government introduced legislation to allow municipalities to offer property tax incentives to business owners for machinery and equipment. 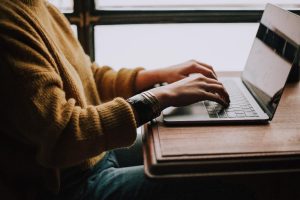 The Alberta government is currently surveying on daylight saving time. The survey is open until December 10.

The Economics Society of Northern Alberta (ESNA) is hosting its annual Economic Outlook Conference on December 5 in Edmonton. Featuring some of the most influential thinkers on economic issues in Alberta, this year's event will cover topics including trade, energy policy, and economic diversification. Tickets are on sale now through Eventbrite! 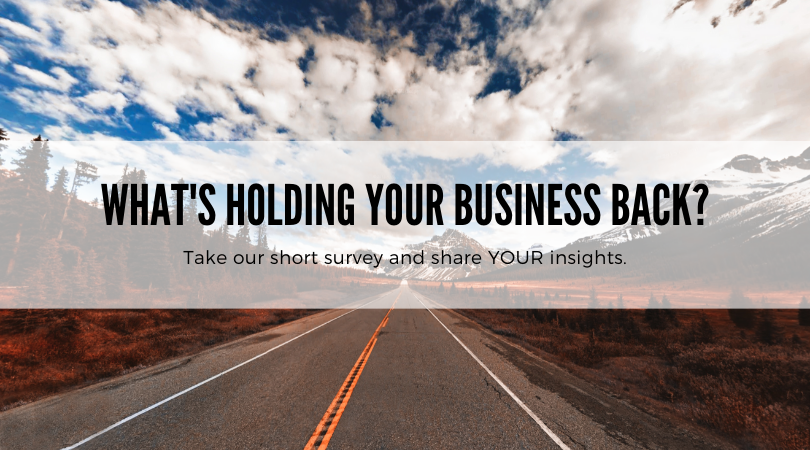