We sadly say goodbye to a community leader and a great friend. 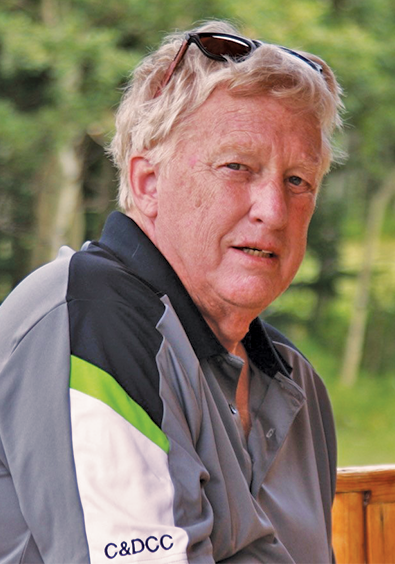 On Saturday December 28, 2019 our community suffered a great loss with the passing of our dear friend, Ron Knowles.

When we think of volunteers and those members in our town that regularly step up, you would be hard pressed to find a more dedicated or giving person than Ron. He was a valued member of the Cochrane & District Chamber of Commerce, serving on the board for many years. Along with this, he was instrumental in the annual Taste of Cochrane event, served on the board for the Cochrane Area Events Society, was a member of The Cochrane Lions Club, helped organize the annual Stuff-a-bus campaign and so much more.

For those of us that were fortunate enough to know him, the one word that we can all agree that personified him was passion. His love for our community was limitless. He dedicated his life to the betterment of our town and to those around him.

His larger than life personality, matched with his generous nature and great sense of humour kept him surrounded with the admiration and respect of friends and family.

Music promoter was an architect of Ottawa's blues scene

CBC News · Posted: Jan 04, 2020 4:00 AM ET | Last Updated: January 4
One of the architects of Ottawa's blues scene is being remembered fondly this week by friends and musicians.

Ron Knowles co-founded the Rainbow Bistro in the ByWard Market in 1984. It was the crown jewel of his business ventures, as he'd also owned a dive shop, a pub, a dinner theatre and various other establishments.

"Ron and I had massive respect for each other," said Tony DiTeodoro, frontman for local blues band MonkeyJunk.

"[The Rainbow] started in 1984 and I think I've been playing there ever since," he told CBC Radio's All In A Day. "In fact, when Ronnie passed away, December 28th ... I was playing at The Rainbow that night."

The former co-owner of the Rainbow Bistro died of a heart attack last week. We hear from his former business partner Danny Sivyer, and Monkeyjunk frontman Tony D about Knowles' life and impact. 10:58

DiTeodoro said Knowles was a trailblazer.

"He really did shape … the music scene that is quite vibrant in Ottawa and still going. He brought in great blues acts such as Bo Diddley, Dr. John, Koko Taylor. [He] introduced us to many great New Orleans bands and booked up-and-comers such as k.d. lang, Blue Rodeo, Tragically Hip and Saints and Sinners."

Knowles opened the Rainbow with Wakefield, Que., realtor Danny Sivyer, who'd sold him a home near the Vorlage ski hill.

"He was big and brash and bombastic and full of ideas," said Sivyer. "We wanted to open a live music venue like the ones we used to go to ... When we opened the Rainbow he also started a paper in the [ByWard] Market called The Market Journal."

Knowles was born in Ottawa but attended Louisiana State University, and returned to Ottawa with considerable contacts in the blues scene there.

That's when the two scouted for a space to open their club, and they settled on the current Murray Street location that continues to house the venue.

Knowles died from a heart attack while watching an LSU football game in his Cochrane, Alta., home. He'd moved to Alberta with his partner after narrowly escaping Hurricane Katrina.

"Katrina hit and he didn't want to leave his house," said Sivyer. "He spent almost a week up on his roof trying to guard the place with a gun across his lap and a can of Pepsi beside him. But after a week he gave up and that was it. He moved [back] up to Canada to be with his girlfriend."

Sivyer also recalled a situation at the Rainbow which illustrated Knowles' more stubborn nature. The Rolling Stones were playing in the city, Sivyer said, and Labatt's representatives gave out tickets to a bunch of other bars but not the Rainbow.

It was an omission Knowles took offence to.

"So he called all the papers to come down to the Rainbow to watch him pour Labatt's Blue down the sink and said, 'That's the last Labatt product we're going to sell here.'  And we didn't sell Labatt's for five years," said Sivyer, who added that while they never did get Stones tickets, they did get great press.

A celebration of Knowles' life will be held in Cochrane on Saturday.